Sligo county has a rich archaeological heritage. With over 7,000 pre-17th century sites and monuments it has proportionally more than twice the heritage of any other county in Ireland. With these riches Sligo has a long history of antiquarian studies. Scholars such as Rev. William Henry, Gabriel Beranger, Austin Cooper, William Wakeman and George Petrie have all contributed to these studies. The multi-volume histories of Sligo written by Col. Wood-Martin (1847-1917) and Archdeacon O’Rorke (1819-1907) drew many national scholars to the county. And yet, despite many antiquarian societies being established throughout the country, none were formed in Sligo in those years. 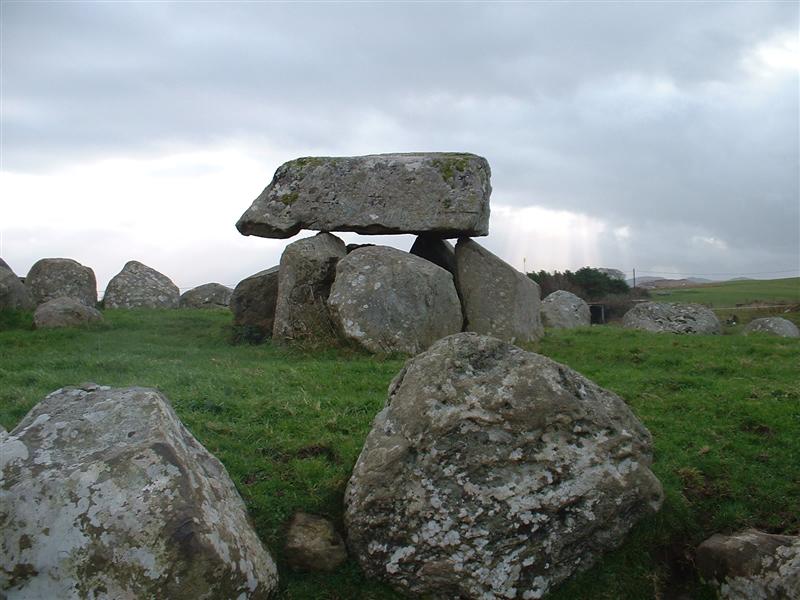 However, this lacuna was remedied in 1945 with the founding of the Sligo Antiquarian Society. The inaugural meeting of the society was held on 24th April of that year. The officers elected were Robert Kirwan (Chair), Dr. J.P. Moran (Vice-Chair) and Patrick Tohall (Hon. Sec.). This meeting was quickly followed by the first field outing to Deerpark on 6th May 1945. At the AGM of March 1946 it was decided to change the name of the society to Sligo Field Club reflecting wider interests as stated in the later constitution – including “archaeology, built heritage, local history, natural history and the quality of the environment”.

Despite these dynamic beginnings, Sligo Field Club seems to have receded considerably until 1954 when a new committee was appointed. Since then the club has prospered and developed continually until the present day and is an acknowledged voice in Sligo’s heritage and history. Throughout those years members were noted for the quality of their field work in discovering new monuments which were subsequently incorporated in the national Sites and Monuments Records (SMR) of 1988. Visiting academics and researchers from Europe and the U.S. were introduced to Carrowmore and Creevykeel and campaigns to promote Inishmurray, Ballymote Castle and Carrowmore were a huge success. When in 1983, Sligo County Council proposed to locate a landfill site in the immediate vicinity of the Carrowmore megalithic cemetery, a local group, supported by Sligo Field Club, got a Supreme Court ruling against the County Council. The court further ruled that a fallow area be maintained around ancient monuments.

With the aim of promoting a wider public interest, membership of the club and attendance at events is open to all walks of life, family
membership being particularly welcome. In the mid 1970s and anticipating the demands of a later club constitution “to promote interest in the environment, both natural and man made, through lectures, guided field trips and any other method considered appropriate”, annual programmes of meetings and outings were instituted.

In a further endeavour to promote the heritage of Sligo nationally and internationally Sligo Field Club inaugurated a series of annual Sligo-themed conferences, the  series being titled A Celebration of Sligo. Sligo’s Gaelic literary heritage was celebrated in its first conference, Scríobh, Scoil agus Léann, Scholars, Scribes & Poets of Gaelic Sligo, on 8th – 10th May 2009. As a mark of its success a conference celebrating Sligo has since been held annually. Conferences have discussed Sligo’s Neolithic past, aspects of early Christianity in North Connacht, its literary connections with Scotland, the Gaelic families of the county and the fate of Landed Estates of the Northwest. Also featured were the 400th anniversary of the Borough of Sligo Charter, Sligo’s major transition in the nineteenth century, the importance of Gaelic Ballymote and the central role of Countess Markiewicz and female revolutionaries in 1916.

The heritage of Sligo belongs primarily to the people of Sligo. It is the objective of Sligo Field Club to promote interest in that heritage, natural and man-made, and to be a watchdog, protecting that heritage at local and national level.